Planning to watch the Super Bowl with your family? Take advantage of the time to talk. 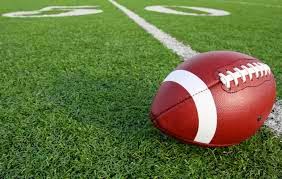 Tomorrow's Super Bowl is a family-friendly event that many around the country look forward to enjoying each year, and many families make plans to watch the game together. Speaking from a personal standpoint, I have plans to share the experience with my all-sports-loving seven-year-old who, no doubt, will be glued to the screen during the majority of the game. Since I'm aware that part of the Super Bowl experience is the long-awaited and much-talked-about ads that will be aired during game down-times, I am preparing myself to answer a few questions about alcohol. And if my son doesn't ask the questions, I'm thinking about how to start some conversations myself.

Because I know that advertisements have an enormous effect on the way young minds perceive the world, I recognize that alcohol ads have the ability to impact what my son thinks about drinking. And because I know that alcohol ads rarely (if ever) reveal the truth about alcohol and the ability it has to negatively impact the world around him, I understand that what I want my son to know about drinking is going to have to come from me.

Here's where I think I'll start:
-I plan to answer whatever questions he has honestly and age-appropriately. I am confident that seven is not too young for me to have candid conversations with my son about drinking. But I'll tailor them to what I think he can understand, and as he grows and becomes more mature, our conversations will change as well.

-Because we've had casual conversations before about alcohol, I have a general understanding of what he knows about drinking already. I'll use what he already knows to decide how I'll frame our discussions tomorrow while the commercials are rolling. Since he's seven, I may remind him that drinking isn't always as fun as commercials make it look, and I'll remind him that alcohol is a drink for grown-ups. And I'll make sure he understands why it's for grown ups--because it has the ability to damage brains that are still growing, and because young people are still learning how to make good decisions. When he's older, I'll start asking questions about whether or not he knows anyone who drinks and what he thinks about that. And we'll have guidelines for our family in place so that he knows what we think about drinking.

-Before you start to feel sorry for my kid, who's being interrupted during the game to talk about drinking, I should note that I'll keep my comments brief and laid-back. I want him to view this topic as something we can talk about in a relaxed way. (And I don't want him to avoid watching television with me from now on!) These talks don't have to feel heavy and intimidating, so I'll keep what I say during the commercials to one or two quick comments. Then if he wants to talk more later, or if another opportunity comes up, he'll know that he can come to me.

-It's also important to note that if someone in our home chooses to use alcohol during tomorrow's game, I'll expect him/her to be a good role model for him when it comes to drinking responsibly. And I'll make sure that any alcohol in our home is clearly off-limits to kids.

If you've never talked to your kids about the dangers of alcohol use, beginning these conversations may feel intimidating, but they don't have to be. And you may find it comforting to know that young people report time after time that their parents are the most influential people in their lives. They want to know what we think, and they want to feel that they can come to us when they have questions or concerns. Why not get started when the mood is light and you're enjoying each others' company? The Super Bowl is a perfect opportunity to talk. They're listening.
-Kate
Posted by Drug-Free Coalition of Tippecanoe at 6:40 PM

Please join us on Wednesday, June 3rd, at 4pm for our monthly meeting in the conference room at 100 Saw Mill Road, Lafayette.
We will be recognizing scholarship recipients and making recommendations for 2015-2016 grants The Drug-Free Coalition of Tippecanoe County brings together a cross-section of the community in a countywide effort to reduce youth and adult use and the negative impact of alcohol, tobacco and other drugs (ATOD) through multiple strategies across multiple sectors.